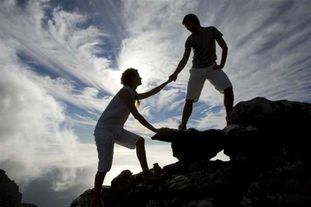 What I am about to raise in this entry I have been thinking and re-thinking for several years. I looked up the definition of competition and this is what I found:

The act of competing; rivalry for supremacy, a prize. A contest for some prize, or advantage: the rivalry offered by a competitor.

We humans have been involved with competition most of our lives. We have observed it in the work place, the sports arena, religions and belief systems and recently it has surfaced once again among various races of humans. I remember being told as a child after joining a little league baseball team, “its not if you win or lose but how you play the game.” At some point in my growth into adulthood I observed the complete turn around of that statement particularly when a professional head coach’s team who had been successful during past seasons no longer maintained a winning record.  The head coach lost his or her position. So I guess it really does matter if you win or lose.

What is it about us humans that entertain the thought that if we are not ranked among the successful in whatever arena we happen to be in that somehow we just don’t measure up? I know that a lot of what is driving such thoughts is our economy. We certainly want to be successful in what we contribute. However, if the definition is accurate that competition is rivalry for supremacy, once that supremacy has been secured, what happens to all those who did not obtain that supremacy? Whose voice stands out once the supremacy is reached?

This supremacy scenario is played out in the childhood game, “king of the mountain.” Once the king position is reached by one of the children then it becomes the desire of every other child to replace the king by knocking him or her off of the mountain. Once an older and stronger child reaches that supreme position the other smaller and weaker children typically have no chance to obtain that position. It is usually at this point that the game ceases to move forward because the king position will no longer be shared. If that happens in our adult world and we feel as though that supreme position was obtained illegally or with unscrupulous intentions then it is possible that the same unscrupulous kinds of means may be put into actions to rid the king of his or her position or the king may use unscrupulous means to maintain power.

Because this is a reflection, I am simply sharing with those reading this entry my own struggles with the observations I have made over the years where the act of supremacy seems to have done more damage than it did to offer aid in a given situation. I have observed people finding their way to the top, so to speak, and what I knew of them before that position was reached all of a sudden changed. It was like Dr. Jekyll and Mr. Hyde. What occurs to me has to do with possible hidden agendas that only surface once the supreme position is obtained.

I have alluded to this scriptural concept before. If we exalt ourselves we will be humbled. But if we humble ourselves we will be exalted. The exaltation of being at the top must be promoted through humility. If one exalts himself or herself through selfishness then that same selfishness will continue to drive that person’s supremacy. However, if one reaches that position of supremacy because humility motivated them to love and care for the others around them then there is no competition. I really don’t believe competition is of God. Can you just imagine experiencing death and all of a sudden you find yourself in a new and different place and while encountering a being of light the first question you pose is, “where do the king of the mountain people hang out?