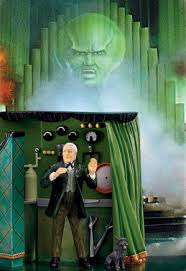 In the early nineties I was privileged to travel to California in order to receive an award and recognition from the College of Chaplains because I had fulfilled the requirements to become board certified as a chaplain. Not long after receiving this award the College of Chaplains changed their name to the Association of Professional Chaplains and I have been a member of this organization for over twenty-five years. What an opportunity I was being afforded to make this trip. I had never traveled to California let alone Los Angeles. While there, I visited the Crystal Cathedral  and various other places of interest that I had only observed on television.

After receiving my award and making preparations to return back to Mississippi, I made the decision to treat myself to the Universal Studios tour. They provided a tram for those taking the tour so we could see how this very lucrative enterprise existed and thrived. I will never forget our tour director taking us around to the various studios where motion pictures had been filmed. We saw where Star Trek was filmed, and it wasn’t in outer space, and also other famous pictures like Back to the Future and Backdraft. We got to see where westerns were filmed and how they created the turn of the century look that was part of the late 1800s.

What I did not anticipate was what our tour guide said to us as we crossed over into the “back lot” where we were given a front seat display of what was termed, “movie magic.” We were shown how the directors and those making the movies created, for instance, door jams to make the movie star's character appear to be larger than they really were. I suppose having the movie stars to appear larger somehow worked to make them larger than life. I remember a particular place where all of a sudden a flood of water comes pouring down the street only to empty into a pump house to be pumped back up the hill so they could have the water flow down the street again if they needed to do a retake.

Then we were taken to the back part of the back lot where props that had been utilized for movies back in the 1950s, 60s, 70s and 80’s were kept. I distinctly remember seeing the Lyon Estates prop used in Back to the Future and then we were told that they were made of styrofoam. That could explain how mature trees could all of a sudden be apart of this neighborhood in later movies by moving these props to another location. They were sitting out in this back lot field for people like me to look at on the tour. I recall watching a movie as a child that was filmed in black and white entitled The Incredible Shrinking Man. At the end of the movie there was a scene where the movie star who had been shrinking throughout the movie, shrunk so much that he was standing beside a black rotary telephone. Low and behold, sitting out in that field, was the very large telephone prop utilized in the movie to make the movie star appear very small that I had viewed in the movie as a child.

The reason I am sharing this particular blog entry with you today has to do with a verse of scripture that I ran across in the Mirror Bible. The verse is located in the new testament letter to the Galatians chapter six and verse seven. In the King James Bible it reads, “Do not be deceived, God is not mocked; for whatever a man sows, that he will also reap.” As I read this passage in the Mirror Bible it gave me pause. This is how It is written in the Mirror. “Show-business does not deceive God! Do not be led astray and then pull your nose up at God, as if it was God who let you down. The harvest always reveals the seed.”

As I thought about the multiple ways show business seeks to pull the wool over the eyes of its patrons, which by and large is only fun right? The message of deceit that is often found in various attempts to hide things from the movie goer to the very end is mostly harmless. But when it is not on a movie screen but rather coming from a deceitful heart based on the deceiver’s selfishness and egocentricity, then once that seed is planted the end result, or the harvest will reveal what was originally planted. Please be aware.

The Harvest Always Reveals The SEED!!