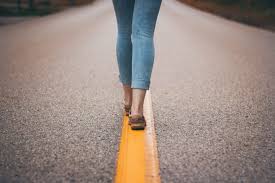 My entry today will be short and sweet but please consider the value that I hold up for the reader. Judgement is often the result of a decision made concerning most anything. When it comes to God, judgement has often been defined as a decision made by God that will ultimately separate us from His presence because of a decision we made not to believe or some sin we committed that would eventually cast the non-believer away. The idea of judgement has somehow invaded mankind’s thinking and the only way we were told we could escape God’s judgement was to become a believer in God.

This kind of thinking comes from religious ideation utilized to control others. I have often written about the gospel story recorded in John chapter nine of the New Testament of the Bible concerning the man born blind. There is a particular statement recorded at the end of the chapter that I wish to hold up for consideration. This statement is attributed to Jesus. He makes a curious statement that He came here for judgement. Because of the mindset of mankind indicating we just don’t measure up and God will banish us from God’s presence and that “sin” separates us from God, the statement made by Jesus in this account assumes that he came here to judge us by somehow choosing some and causing others to be destroyed.

What if the mission of Jesus was to come here to take away this mindset of separation from God once and for all? In other words, “coming here for judgement” in my estimation says that Jesus came here for it so he could take it away. Judgement comes from the greek word krisis which indicates separation. When Jesus was recorded to say, “Judge not lest you be judged,” then considering the idea of separation as judgement, perhaps what Jesus was telling his hearers and to us today, don’t consider yourselves separated from one another so you won’t feel as though somehow you are being separated from God because of sin. Jesus continued his conversation in John nine by indicating that to recognize your blindness means that “sin” is no longer a mindset that separates you from God or one another.

Once you awaken to the love God has for you in Christ Jesus and that this love is what motivated him to rescue us from our self made judgement crisis of being separated from each other and God, then you will begin to reflect the heart of God and Love will cause your blindness to be recognized and the Truth will set you free!