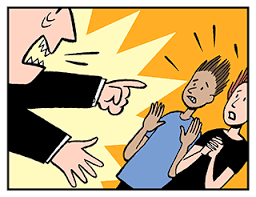 My entry today relates to the continuing journey away from what I was taught in the evangelical fundamentalist denomination of my childhood, adolescence and young adulthood. The subject of this reflection is centered around “fear.” When I heard the church leadership speak about “the fear of the Lord,” and we needed to do that because that’s what believers do to stay in God’s good graces, what consistently came to my mind was “being frightened” of God because my childhood understanding was centered around the fear I had developed with my own dad due to the beatings I had endured from him. My dad had a certain facial expression that sent chills down my spine when I did something that did not please him and if a beating was the result of his displeasure in my behavior it only served as a transference in the identification of the wrath of God.

So I decided to do a word study from the Ancient Hebrew Research Center www.ancient-hebrew.org. What I hope to share with you relates to two Hebrew words translated “fear.” The first word for fear is the Hebrew word “pahhad.” The bible passage  using this word is found in Job 4:14. Fear (pahhad - noun) came upon me, and trembling, and caused all my bones to shake (pahhad - verb). So pahhad as a noun means “shaking” and the verb form is “to shake.” The second Hebrew word for fear is “yara.”   There were two passages offered that used the same Hebrew word but had two different understandings of fear. Genesis 3:10 indicated fear from the standpoint of “being afraid” while Deuteronomy 6:13 gave an understanding of “yara” as “reverence.” It was interesting to note that “yara” in its concrete literal meaning means, “flowing of the gut.” Then the following question from this web-based word study site asked, “Have you ever been so scared or been in the presence of something so amazing that you could feel it in your gut?”

All of a sudden I began to piece together what happened to me that memorable Sunday morning back in 1976 in my college dorm room when I “Entered into His gates with thanksgiving and into His courts with praise.”(Psalm 100) The overwhelming  sensation that I experienced occurred in my gut. It was a “flowing” experience that drew me in. I did not want this reverential fear to cease. What I am discovering is a whole new understanding of fear in light of reverence. Reverential Fear does not expel you nor does it drive you away, rather it draws you in to safe places free of condemnation with an emphasis on praise. In other words, reverential fear is not something you do, it is something you experience in and through the Holy Spirit.

The “fear of the Lord” based upon the theological information received from my childhood and young adult years was rife with misunderstanding. I was the one being accused of not pleasing the Lord. These accusations caused me to feel as though I was separated from God. That was a very fearful place. That is not to say that “fear” (pahhad) is not experienced. 2 Timothy 1:7 reads, “For God has not given us a spirit of fear, but of power and of love and of a sound mind. Fear paralyzes and causes one to become ineffective. However, that does not mean we won’t experience fear. It just means that when we do, KNOW where it is not coming from.