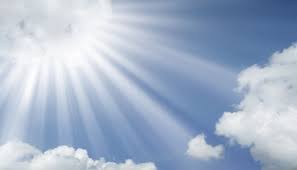 What I wish to reveal today is based on questions I didn’t know that were lurking beneath the surface of my theological deconstruction journey. As this journey continues to unfold, frankly, I am often overwhelmed with the simplicity of the questions. My awareness of these questions, in my estimation, come from the Spirit of Jesus the Anointed One of God. With such questions lurking beneath the surface, I am reminded that Jesus hid some of the most amazing truths in plain sight while those so-called listeners walked away scratching their heads in dismay. Once again I want to highlight the first chapter of Paul’s letter to the Galatians starting with verse eleven and ending at verse seventeen. That passage reads this way in the New King James Version.

But I make known to you, brethren, that the gospel which was preached by me is not according to man.

For I neither received it from man, nor was I taught it, but it came through the revelation of Jesus Christ.

For you have heard of my former conduct in Judaism, how I persecuted the church of God beyond measure and tried to destroy it.

And I advanced in Judaism beyond many of my contemporaries in my own nation, being more exceedingly zealous for the traditions of my fathers.

But when it pleased God, who separated me from my mother’s womb and called me through His grace,

To reveal His Son in me, that I might preach Him among the Gentiles, I did not immediately confer with flesh and blood,

Nor did I go up to Jerusalem to those who were apostles before me; but I went to Arabia, and returned to Damascus.

As I considered this passage once again, I became curious concerning the Damascus road experience of Saul of Tarsus. It is recorded in Acts chapter nine. It is my belief that Saul, who became known as Paul the Apostle, never met Jesus in the flesh. The Jesus Saul met on the road to Damascus was a blinding Light that only he experienced. This Light was so spiritually bright that it physically blinded him for the next three days. As a matter of fact, those accompanying him had to lead him by the hand to their destination, which changed by the way based on the instructions Saul was given during the experience. When Saul asked who it was that was speaking to him the reply was, “I’m Jesus whom you are persecuting.”

I think it is fair to say that up to this point Saul had developed an agenda of being in control. This agenda’s development was based upon all of the instructions he had received from the law of Moses by those who had received it before him. He even claimed to exceed his contemporaries in being zealous for the traditions of his fathers. Seeking to control others because a tradition controls you may be something worth giving some additional thought to moving forward. So now Saul sets out for Damascus with orders from the higher-ups in the temple in Jerusalem, of which Saul secured, to persecute those who now follow the teachings of Jesus. Then all of a sudden he experiences something he wasn’t anticipating.

Having the “control rug” pulled out from under Saul had to have been a paradoxical moment. Think about it. If the only way we will be able to spiritually see is to recognize our blindness (John 9) then it makes total sense that the Light that blinded him for three days became the Light that would guide him for the rest of his life. It occurs to me that the majority of the theological beliefs I espoused came from preachers and teachers I listened to growing up, kind of like Saul. I recall sitting in numerous college and seminary classrooms taking in the traditions of my fathers who probably got it from their teachers before them. I’ve learned that if I wanted to be accepted into the traditions I was being taught, I needed to agree with the teachings to be accepted by the religious denomination espousing the teaching.

What I hold up for the reader to consider is based on my own considerations regarding the significance of Paul’s words in Galatians chapter one. Paul indicates that the gospel (good news) that he proclaimed did not come from man nor was it a message from which he was taught. This good news was The Revelation of Jesus Christ. It was not “a” revelation of Jesus, rather it was Jesus Christ revealing himself to Saul. Within that revelation all kinds of Truth came pouring out to him. Saul had a complete one-hundred and eighty degree turn around that was so spiritually earth shattering that now even his name changed from Saul to Paul. It is very interesting to note that Paul did not go directly to Jerusalem to look up those who had known Jesus in the flesh but rather based on such an intense spiritual encounter, Saul needed to encounter this Jesus in the Spirit so he spends three years in Arabia before returning to Damascus.

Paul even shares an amazing understanding that this Jesus he encountered on the Damascus road was already within him. I cannot stress enough the importance of “revelation.” As you continue your spiritual journey consider being open to the Revelation of Jesus Christ and the Truth that comes from Him alone. Make the decision to ask The Spirit before you decide to follow the teachings of man. Believe me, there is a lot of that kind of stuff out there. In asking the Spirit first, you will continue to discover, in the midst of this Revelation a Relationship that is second to none. So the question that came to me was simply, "whose revelation are you considering?" Ask the Spirit. Don’t take my word for it!