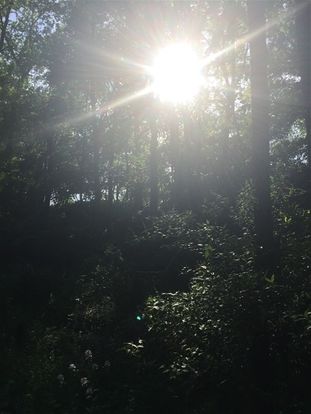 Have you ever considered the term “life?” I looked this word up on my dictionary app and there were over twenty possible usages for this word. I chose the fifth one in that long list and it read, “the general or universal condition of human existence.”  Human life, I suppose, has to do with living. Now that may sound somewhat trite, but I have experienced numbers of people whose lives did not give much indication of living. As a matter of fact their existence gave the impression that living was not what they wanted to continue. The kind of experiences humanity encounters can put a real damper on living. Of course, that is not always the case but in our modern day world as we experience viruses and racial discontent along with political upheavals, we often entertain life as somewhat challenging and uncertain.

There is a passage in the scriptures found in the new testament gospel of John that perhaps offers a way out of this uncertainty. In the fifth chapter and the thirty-ninth verse Jesus is addressing those Jews that obviously came looking for him after he healed a man lame for some thirty-eight years lying at the pool of Bethesda because he healed him on the Sabbath day. As Jesus begins to have a conversation with these fellows, beginning in verse seventeen, it is recorded that he addresses God as his Father over and over again. Now for the Jews hearing Jesus address God as Father automatically insinuated that he was the Son of God. This probably did not sit very well with them either and gave them fuel for their anger against him. As a matter of fact, this seemed to be the straw that broke the camel’s back as they began plotting how they were going to kill Jesus.

If you examine the various verses in this passage Jesus opens up truth about himself and God the Father. It is amazing how anger can completely close up one’s hearing and understanding. As a non-Jew, it is difficult for me to wrap my mind around how a rule or regulation can take precedence over someone being healed of a malady particularly one that had lasted more than thirty years. Evidently, Jesus performed this healing out of the attention of all those who happened to be in close proximity. After he was healed, Jesus told him to pick up his bed and walk. When the law abiding Jews discovered this man carrying his bed and because it was the Sabbath, they wanted to know why he was doing this. He told them the man who healed me told me to pick up my bed and walk. They wanted to know who this person was that healed him. He didn’t know.

Later Jesus finds him in the Temple and says to him, “See you are healed. Make sure not to sin lest something worse happen to you. Now he knows who has performed this healing and he goes back to the Jews to inform them. I often wonder if he did this because of his fear of their retaliation for breaking their Sabbath laws. As Jesus is speaking to these angry Sabbath keepers he continues to address God as “Father.” But what he says that is recorded in verse thirty-nine may be the key to resolving the uncertainty spoken of earlier. It reads, “You search the scriptures for in them you think you have life and it is those scriptures that testify of Me.” In other words, all that searching for life that you do as you read the scriptures will not give you life. The “Life” you are searching for is standing right in front of you.

Their anger and frustration at Jesus catapulted them into figuring out how they were going to bring charges against him that would eventually crucify Life. What they did not consider is that Life cannot be destroyed. Our life does not come from us. We are alive because of Love and God is Love. And once Jesus was resurrected from the grave everyone of us became new creations in Christ Jesus. As we consider the calamities and destructive storms that are very evident in our world these days, perhaps what we may need to consider is the Life that is already within each of us which is not of our doing. There is no uncertainty in the Life we have in Christ Jesus. Once we draw our attention to that Life and remember where we came from, then the uncertainty that plagues our existence will be transformed into peace!