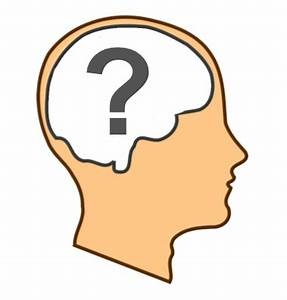 Not long ago I was asked a question concerning the story recorded in scripture related to the crucifixion of Jesus of Nazareth and the two thieves crucified on either side of him. The story is recorded in the gospel of Luke chapter 39. One of the thieves said to Jesus, “If you are the Christ save yourself and us.” Now if you are familiar with the story you know this thief was rebuked by the other thief. The way it was recorded one may get the idea that the thief that recognized his faults requesting that he be remembered by Jesus when he entered into his kingdom was the only thief that made it to paradise.

To tell you the truth, I never gave the first thief much thought until now. As I have examined the story I want to offer this reflection regarding a God of infinite possibilities.  “If you are the Christ…” was how the first thief addressed Jesus from where he hung on his cross. The rebuke he receives from his thief companion may have assisted him in rethinking his plight, after all he was dying. In other words, is it possible that the rebuke he received caused him to pay attention to the request the second thief made of Jesus regarding his remembrance?

As I continued to think about a God of infinite possibilities the thought occurred to me that Jesus was and is the Savior of mankind. What I present now is a speculation but consider the possibilities. Jesus makes the comment, “It is finished,” and dies. The thieves remain alive gasping for breath as they continue to suffocate. The order is given to break the legs of each thief so they would no longer be able to push down with their legs in order to take a breath. The moment they die their spirit is released from their physical body.

Consider this: Once they are no longer in their physical body they are now standing in front of the cross where they were just being crucified. They see all the people that are present but no-one seems to acknowledge them except Jesus who is standing there beside them. The conversation between the two thieves and Jesus following their physical death may have gone something like this, Jesus speaking to the second thief, “You asked me to remember you when I entered into my kingdom. I asked my disciples to remember me as well. I will tell you just as I told the religious leaders, my kingdom is within you. I in you and you in me.” Turning to the first thief, “ You said if I were the Christ to save myself an you. Who do you say that I am?” He looks around realizing that he is no longer on the cross. All of a sudden he becomes aware that he is no longer in pain and his legs that were broken a few moments ago are no longer broken and this Jesus has fulfilled his request by saving him from this horrible experience. With tears he falls to his knees in worship acknowledging Jesus as the Christ.

If Jesus can enter into our darkest darkness bringing his marvelous amazing light then the God of infinite possibilities can save us no matter when or where we happen to be. After all, Jesus now holds the keys of death, hell and the grave. Even so come Lord Jesus!