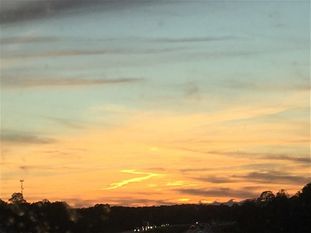 Have you ever considered the term recognition? To be  positively recognized for some good deed particularly in the public eye brings with it a sense of wellbeing. To recognize someone for something negative however is mostly accompanied with regret and often with shame. What I would like to raise in this entry speaks of how recognition has the power to open the door of understanding in a way that can be life changing. I offer three instances concerning recognition in hopes that a light will shine on that open door.

In earlier entries I have pointed out the conversation between Nicodemus and Jesus of Nazareth as recorded in John chapter three of the bible. Once Nicodemus tells Jesus that he and all of his pharisee companions know that Jesus came from God because he couldn’t do the signs he did unless God was with him, brings about a most remarkable response from Jesus. He says to Nicodemus that he could not “recognize” anything that came from God’s domain unless he, Nicodemus, came from that domain to begin with. Of course Nicodemus did not understand Jesus’ response but as time went along the relationship that developed as a result of becoming aware of such a recognition that we all come from God’s domain, literally changed Nicodemus’ life.

The next instance is recorded in II Kings chapter six of the old testament. The story is about the siege of the walled city of Dothan where the prophet Elisha and his servant were at the time. The siege was taking place because the king of Syria believed Elisha was a spy for Israel. The king believed this because Elisha was hearing from God and taking what he heard to the Israelite army that allowed them from being ambushed. The king sent a rather sizable army to surround the walled city just to capture one man, Elisha. When Elisha’s servant arose from his sleep the night before he discovered this vast army encamped around the city. He goes an awakens his master asking what they were going to do. Elisha tells his servant not to worry because they that be with us are more than they that be with them. Elisha’s servant was not sure just what he meant until Elisha prays asking God to open the eyes of his servant so he could see what Elisha was already seeing. When the servant’s eyes were opened he “recognized” a mountain full of horses and chariots of fire round about Elisha. This recognition by Elisha’s servant all of a sudden brought about a new understanding resulting in putting aside his fear while trusting in the power of God that he did not see until his spiritual eyes were opened.

The last example comes from the new testament of the bible in the book of Galatians and the first chapter. As the apostle Paul is writing this letter he defines the message he is proclaiming based upon a spiritual recognition. He writes that it pleased God to separate him from his mother’s womb revealing the Son of God (Jesus the Christ) in him. When we “recognize” that this Jesus who gave himself as a ransom for each of us, and that he is already within us and His presence within us is not of our doing, this recognition has the power to literally and spiritually change our lives from the inside out.

I encourage those of you who find yourselves right here, right now, to consider how such a recognition that is awaiting discovery within you will ignite you by simply acknowledging it. In doing so, you will proceed through that open door of understanding into unlimited spiritual freedom. I dare you to take that next step!