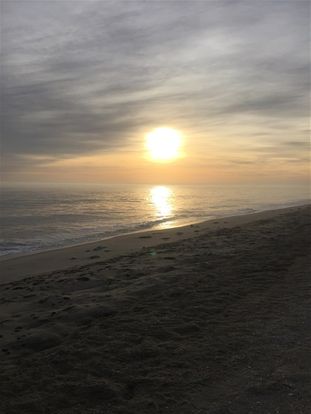 I read a quote the other day that said, “Truth does not invite dispute, doctrine does!” In my opinion this statement sums up most if not all of the arguments I have heard and even participated in with those in evangelical circles as it relates to being “born again.” When I began to grasp the truth that John chapter three, verse three of the Bible was incorrectly translated my whole theology began to take on a freedom that is easy to describe for those who have seen it and difficult for those still listening to the doctrine of “salvation” that spun off of this misinterpretation.

As I have sought to relate this idea in other blog entries, I cannot over-emphasize the depth of truth that I seek to share with the reader. Please allow me to explain. I believe it is safe to say that the cornerstone of Evangelical denominationalism is salvation. Salvation, according to the King James Version of scripture is related to being born again as is stated in John 3:3. This idea of being born again is often surfaced in conversations with over-zealous evangelicals seeking to get the potential “lost sinner” saved by asking the question, “…have you been born again?”

Of course for the unsuspecting recipient often the answer to such a question is, “I don’t know.” This is music to the ears of the one sharing their understanding of salvation. Most of the time if not all of the time the understanding of salvation that is being shared is just repeated words based upon their own so called salvation experience. There is even a “plan” of salvation that these evangelicals can walk one through so they can get their recipient to pray the “sinner’s prayer” so they can invite Jesus Christ to come inside of them so they can go to heaven when they die.

I know this to be true because I was trained in religious colleges and seminaries how to do this so people would not die and go to hell. This is based upon the misconception that sin separates us from God and if we are labeled “sinners” then we are believed to be separated from God. So in order to not remain in such a hopeless state we are told that our main christian purpose is to seek and to save those who are lost and bring them to salvation in Christ. That sounds pretty good on the surface. But for the countless numbers of people who continue to struggle with the notion of whether or not they did the steps of this so called plan of salvation correctly, I write this blog entry.

Discovering the truth that “NOTHING” can separate us from the love of God which is in Christ Jesus begins to chip away at the “doctrine” of salvation that has so mis-guided millions. Being born again is not what was being shared with Nicodemus as recorded in John 3:3. Jesus was telling him that his ability to recognize that He came from God based upon his observance of the miracles Jesus performed was proof that Nicodemus was “born from above as well otherwise he would not have come to such a conclusion. As a friend of mine put it the other day, the misinterpretation “born again” was never used like that anywhere else in scripture. The Greek word “anouthen” which means from above was interpreted “from above” in all of its other instances.

So where does that leave us? To make this discovery may put one at odds with those who still hold to the notion that one must be “born again” in order to receive salvation. Think about it! To accept the idea that we were “born from above” to begin with would mean that salvation is an awakening to what one already possesses which is essentially the meaning of grace. This possession is not of our doing nor of our creation. We were created IN Christ Jesus. We have always been IN Christ Jesus and to awaken to this amazing fact is what frees us from “doctrines” that misguide and or misconstrue. All of that to say, this truth is not intended to be forced upon anyone. That is not my intention. What I would offer to those reading this entry is simply to give what I have shared here some consideration. Once truth becomes visible, doctrines are visible no longer!