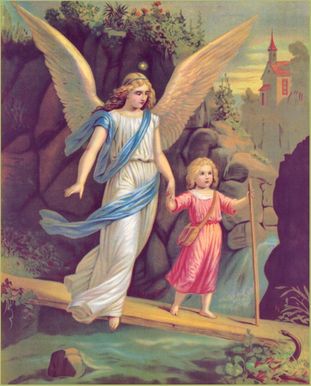 The year was 1990. I was involved in chaplaincy training at the Baptist Medical Center in Pensacola, Florida. One of my very best friend's father was at the end of his earthly life and soon the news came that he had died. The funeral service was planned and I made the decision to go in support of my friend and his family. Sometimes events occur that carry with them a landslide of meaning. Sometimes it takes several years to sort through such meaning and while you think you have sorted through it all the realization of only scratching the surface communicates the absolute enormity of God. Such was the event that unfolded before me that day in 1990.

I traveled from Pensacola eastward along interstate highway ten to where the funeral was being held. The car I was driving was relatively new. I did not anticipate any problems to surface while making this journey. I arrived at my destination and attended the funeral service. Because of my relationship with the family of the deceased it was a special time spent together as they remembered fondly the love and care of their father and grandfather and husband. Eventually we said our goodbyes and I began to make my trip home.

I remember the funeral was on a Wednesday because along with securing my chaplaincy training I also served as the minister of music of the First Baptist Church in Gulf Shores, Alabama and arriving to participate in their mid-week prayer service was the next item on my agenda.I recall as I started my car there was a hint of a possible issue with my battery. It seemed to be somewhat sluggish but it did start and so off I went getting back on the interstate driving westward toward Gulf Shores. All of a sudden the engine began to die and the car began to slow down and as a result I rolled to a stop on the shoulder of the highway. There I sat not really understanding the mechanical problems being encountered. I tried to start the car again and just like normal the car started up and I once again was headed toward my destination in Alabama. Three or four miles down the road the same thing happened and before long I was rolling to a stop on the shoulder of the highway. I tried to start the car but it appeared the battery was dead. I sat there longer thinking what I was going to do next. I tried to start the car again and wouldn't you know it the car started up like normal and once again like Willie Nelson, I was back on the road again.

I recall approaching an off ramp and thinking that perhaps I could get some assistance at a gas station but somehow my urgency to get to the church in time for the mid-week service seemed to blur my judgement and so I continued along the highway. It wasn't long before my car was once again rolling to a dead stop. This time there was no sign of life in my car and looking  around, it appeared I was in the middle of nowhere. I got out of the car and raised the car's hood. The events that occurred next still bring a sense of awe in me. Perhaps they will for you as well.

There I stood next to my rather new car in the middle of an area that looked like a swamp with seemingly no idea how I was going to get home let alone the mid-week prayer service at the church. It was a long walk back to the off ramp. There were no cell phones then. So what I did next rather surprised me. I looked skyward and with an audible voice I said, "God! I need some help!" Within a matter of minutes two motorists stopped to help me. Of these two, one was a man in an Oldsmobile. He told the other motorist that he would take care of me so the other gentleman said, "Okay" and went on his way.

How do I describe to you how this gentle man assisted me? I explained the symptoms and he sort of scratched his head and then he jumped my car off from his car and next thing I knew I was back on the road heading for the church service. He followed me to see if my car was going to behave again as I had described. Sure enough it did. My battery was done for so this gentleman took his battery out of his car while his engine was still running and replaced my battery with his. Soon we were back on the road. We had decided to stop at an auto parts store and I would purchase a new battery which I did. Once it was installed and he placed his battery back in to his car we were back on the road again. He told me that he had begun his trek that morning from Georgia. I don't recall him telling me where he was going. What he did say was that he would see me to the church making sure that I arrived there safely. It was getting late and sure enough we both arrived at the church just before the service began. I invited him to come and worship with us. He said he would but asked me not to draw attention to him. So in order to say thank you I sang a song of praise to God. Once the service was over he waved goodbye and that was the last time I saw him.

I have often thought about that eventful day. I can still hear the silence while being stranded on the highway pondering what to do next. My prayer to God also echoes within me. The swiftness of the answer, the confidence to carry me safely to my destination even though I had not communicated where I was headed, and all of this given by a perfect stranger in such a loving way continues to bless me to this day. Hebrews chapter thirteen verses one and two says, "Treasure family bonds and friendship. Family fondness remains the essence of this kingdom. Treat strangers with equal affection; they could be a messenger of God in disguise!